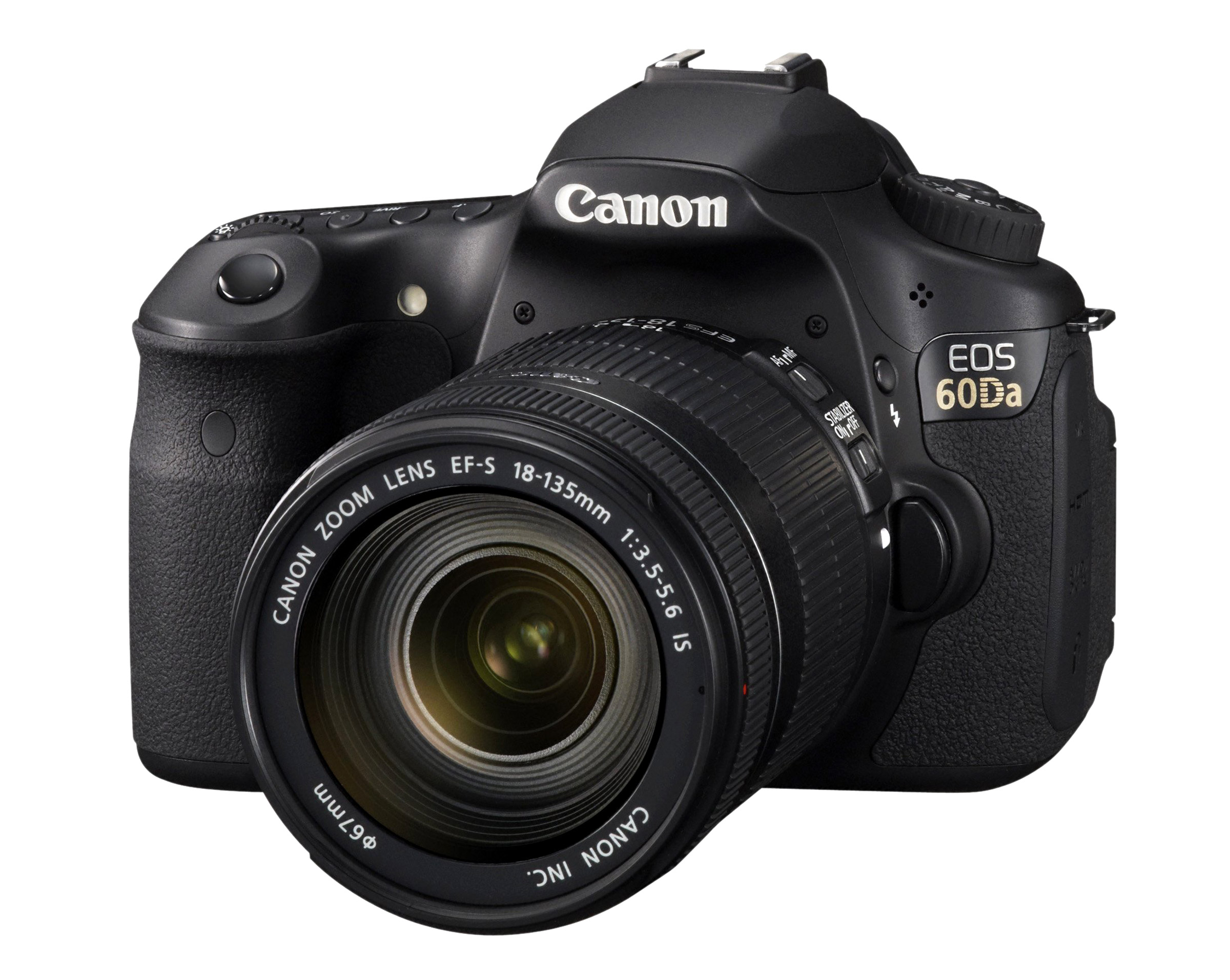 LAKE SUCCESS, N.Y., April 3, 2012 ? Canon U.S.A., Inc., a leader in digital imaging solutions, today introduced the EOS 60Da Digital SLR Camera, a long-awaited successor to the EOS 20Da that is optimized for astrophotography. This DSLR caters to astronomers and hobbyists who enjoy capturing the beauty of the night sky by offering a modified infrared filter and a low-noise sensor with heightened hydrogen-alpha sensitivity. These modifications allow the camera to capture magnificent photographs of “red hydrogen emission” nebulae and other cosmic phenomena.

“The EOS 60Da is a testament to the constant desire to meet the needs of every customer, including those in specialized fields,” said Yuichi Ishizuka, executive vice president and general manager, Imaging Technologies & Communications Group, Canon U.S.A., “This new camera enables an accurate depiction of a part of our solar system which is hard to achieve with conventional cameras but should be enjoyed and celebrated.”

Enhanced Features
Crisp images of the stars and planets can be viewed on the EOS 60Da’s improved 3.0-inch Clear View LCD screen with 1,040,000 dots for detailed focusing. The flip-out Vari-angle screen allows photographers to adjust the screen for easy viewing without straining even while the camera is mounted to a telescope via a third-party T-ring adapter. Optimized for stargazing with friends or in an educational setting, astronomy enthusiasts can connect the camera to a TV with the provided AVC-DC400ST Stereo AV Video Cable and display the night sky on a TV monitor using the camera’s Live View mode. Moreover, the EOS 60Da’s Live View mode is equipped with a Silent Shooting feature that eliminates shutter-induced vibration for maximum camera stability when the camera is mounted to a telescope or super-telephoto EF lens.

Enhanced noise reduction on the EOS 60Da sensor offers photographers the ability to experiment with the wide array of ISO settings and increased ISO speeds up to 6400 expandable to 12800. Other features include an intelligent nine-point autofocus system, full manual controls, and RAW, JPEG, and RAW+JPEG image recording capabilities.

Accessories
The EOS 60Da helps capture the wonders of the night sky with its use of Canon’s award-winning EF and EF-S lenses along with other EOS accessories. Additionally, the EOS 60Da is packaged with Canon’s RA-E3 Remote Controller Adapter, providing the ability to connect a Canon Timer Remote Control such as the TC-80N3 (optional accessory). The TC-80N3 is ideal for controlling time exposures longer than 30 seconds as well as capturing a series of consecutive time exposures that can be composited during post-processing for improved image quality. This is especially useful when the camera body is connected to a telescopei or an EF super telephoto lens.

Canon has also included an AC adapter kit with the EOS 60Da, allowing the camera to be powered through an AC wall outlet or a battery-powered inverter, ideal for long exposure image or video capture at home or in the field.

Availability
As a specialized product, the EOS 60Da is only available to order from select authorized dealers. The estimated retail price is $1,499.00 and it is expected to be available this month.